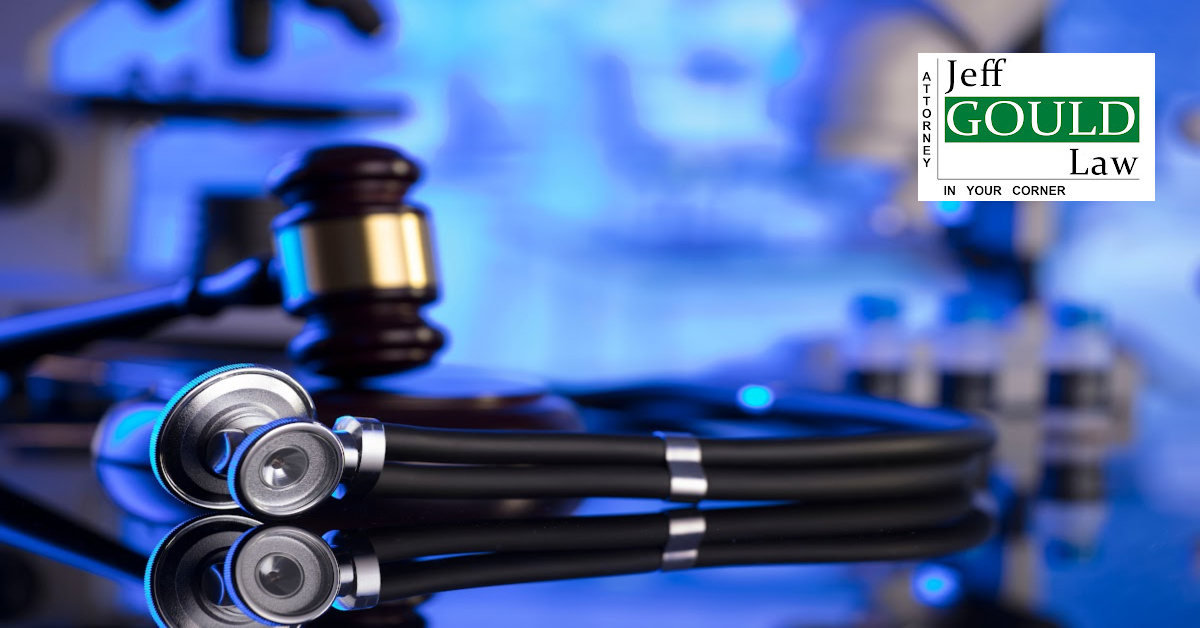 These are the 10 most common personal injury claims in the US.

Any injury to an individual due to another individual’s negligence while operating a vehicle may be cause for a claim. Car accidents specifically are the most common personal injury claim, with millions of Americans being injured in car accidents each year and most of them filing claims, but other vehicles can be just as likely to lead to these accidents.

Planes, trains, buses, and even electric scooters are all vehicles that can leave the operator open to a personal injury suit when used negligently. So many people use all sorts of vehicles so frequently, so these types of claims are extremely common.

These specific cases can often be difficult to prove fault, as the definition of negligent driving can be broad, and so many people use vehicles every day. If you have been injured in a vehicle accident at the expense of a negligent driver, seeking reputable legal assistance to help determine what you are entitled to should be the first step.

Slip and fall accidents, as the name suggests, are accidents involving falling, usually due to a slippery floor or other hazards where you are walking. This type of accident may seem benign, but according to the National Floor Safety Institute, seemingly minor falls are the leading cause of hip fractures and brain injuries.

These falls could force victims into extended periods where they are unable to work, not to mention the toll on everyday life that immobilizing injuries like trauma to the head and limbs can take. If you are injured in a slip and fall and the injury could have been avoided had the party responsible taken reasonable precautions, you may be entitled to a personal injury claim.

Personal injury suits due to medical malpractice include injuries caused by wrongdoing by a doctor, nurse or any other medical professional. The majority of these cases are due to medical professionals failing to provide competent care, and some of the cases even involve actual mistakes that directly lead to injuries beyond what the individual was seeking medical care for.

Specifically, what constitutes medical malpractice is the failure of a medical care provider to provide the correct standard of care resulting in the patient’s injury or death. These cases are often more complicated than personal injury claims from other injury types, as the injuries inflicted could include anything from surgery mistakes to pharmacy errors or misdiagnoses.

If a personal injury claim involving wrongful death is successful, the money earned from the suit goes to the surviving family, children, or estate of the deceased. In order for a victim’s family to prove wrongful death occurred, they must be able to prove that the defendant owed the victim a duty of care and that duty was breached. The compensation sought after in this type of case is typically for loss of the survivors, including loss of wages, funeral expenses, or loss of companionship.

While personal injury resulting from wrongful death and malpractice are very similar, these subtle differences can be very important case by case. If you would like more information about the two, your attorney can go into details about the differences and what they may mean for you.

Each state has a slightly different definition for what constitutes assault. In some cases, the victim doesn’t need to have had physical harm inflicted and just the implication of violence can be enough. While assault is a crime in and of itself, in order for a personal injury case to involve assault, the offender doesn’t necessarily have to have been charged with the crime of assault. An additional criminal assault charge is usually involved as well, however.

Premise liability deals directly with injuries inflicted on someone else’s property. Even if the property owner is unaware of potentially dangerous or defect conditions on the property that lead to injury, the owner may be liable. Injuries inflicted in buildings due to uneven floors or other defects to the structures, including  malls, pools, restaurants, and any other personal property from which damage is inflicted leaves the owner liable for a personal injury claim from the injured.

Similar to premise liability, these cases claim the injury occurs due to a product rather than a building or physical space. These claims most commonly involve defective products that have slipped through quality control, made it to market, and caused harm to one of the consumers.

Depending on the circumstances surrounding the injury inflicted and the product that inflicted it, these claims may be filed against the manufacturer, distributor, seller, or anyone else who was involved in the defect going undetected and leading to harm of the consumer.

Unlike most of the types of personal injury claims on this list, defamation cases don’t involve physical injuries. Defamation claims are filed when one party shares false statements that could be damaging to the reputation of the one being spoken about, especially when those statements are publicized.

In order for a defamation case to be successful the individual filing the claim must typically prove several factors took place. This includes proving that a fictional statement about the individual was presented as fact to a third party, that the person making that statement was negligent in sharing it, and that the statement directly caused harm or distress to the plaintiff in some way.

Injuries claimed in these suits can include anything from disgrace and personal humiliation to a loss of capacity to earn income due to harm to one’s reputation.

Frequently, workplaces involved in these claims are construction sites. Despite the construction industry being so regulated, the physicality that the job demands along with the hazardous materials and equipment involved leave workers vulnerable to workplace injuries frequently.

In the US, injuries that occur at one’s workplace fall under the legally mandated workers compensation policy that states employers must provide monetary compensation to injured employees to make up for lost wages, medical expenses, and anything else that resulted from the injury.

Millions of people are bitten by dogs every year, and thousands of those bites are bad enough for the bitten to seek medical care. While laws regarding who is responsible for the dog once they bite someone may vary, it is typically the dog’s owner that is responsible for the injury inflicted and the repercussions of that injury.

While dog bites are the most common in this case, any pet or animal that attacks or bites a human can be included in these cases.

In some states, the owner can only be held responsible given that they were aware their dog was dangerous and had potential to attack. Other states have strict liability for these cases and the dog owner is responsible for the bite or attack regardless of whether or not the dog has shown signs of aggression in the past.

If you live in Arizona and would like more information about the specifics of your state laws surrounding dog bites or any of the other personal injury claims on this list, Jeff GOULD Law can help.

Have you or someone you know been injured? Contact Jeff GOULD Law today to have an attorney in YOUR corner and the best chance at receiving maximum recovery and compensation from insurance companies, government agencies, or whoever else may be responsible for your injuries.